Terry Gordon has been playing trumpet since the age of 10, and holds music degrees from Houghton College and Mansfield University. In addition to playing with the Arch Stanton Quartet, he leads the Terry Gordon Quintet and performs regularly with several other groups including Alex Torres and his Latin Orchestra, Keith Pray’s Big Soul Ensemble, the Matthew Maguire Quintet, and the Brass-O-Mania Big Band. He has played at the Montreal International Jazz Festival, the Rochester International Jazz Festival, the Syracuse Jazz in the Square Festival, the Albany Riverfront Jazz Festival, and Lincoln Center’s Saturday night salsa series, as well as at several other festivals and venues around the United States. Additionally, he plays with the Empire Jazz Orchestra, a jazz repertory big band, which has backed up such jazz luminaries as Jimmy Heath, Benny Golson, Randy Brecker, Slide Hampton, Rufus Reid, Lew Soloff, Wycliffe Gordon, and David “Fathead” Newman, and as a freelance trumpeter he has performed with such artists as Bobby Rydell, Leslie Gore, and the Temptations. He has appeared on more than 20 recordings, including recent or upcoming releases with the Terry Gordon Quintet, the Arch Stanton Quartet, Alex Torres and his Latin Orchestra, the Empire Jazz Orchestra, and the Brass-O-Mania Big Band. 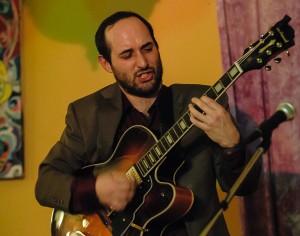 Roger Noyes is a cross-genre guitarist whose playing is rooted primarily in blues-oriented forms. He currently writes and performs with the Arch Stanton Quartet, whose music finds influence in post-bop jazz, but he also performs with groups specializing in other genres, from straight-ahead jazz to barroom/roots rock. His instrumental writing and playing, in particular, are inspired by the likes of Thelonious Monk, Frank Zappa, John Scofield, and Grant Green: musicians who are genre-bending, take an “unusual” approach to harmony, and/or have a strong blues-soul sensibility. In addition to guitar, he also plays bass and pedal steel. He can be heard on recordings by Dan Johnson and the Expert Sidemen (“Sleep on the Way” and “Bound For Abiquiu”), Grainbelt (“A Distant Sound”), MR Poulopoulos (“Harvest The Heart”), Olivia Quillio (“Get Down and Pray”), Rusticator (“Between Lines”) and on the Arch Stanton Quartet’s two studio albums (“Along For The Ride” and “Blues for Soli”). 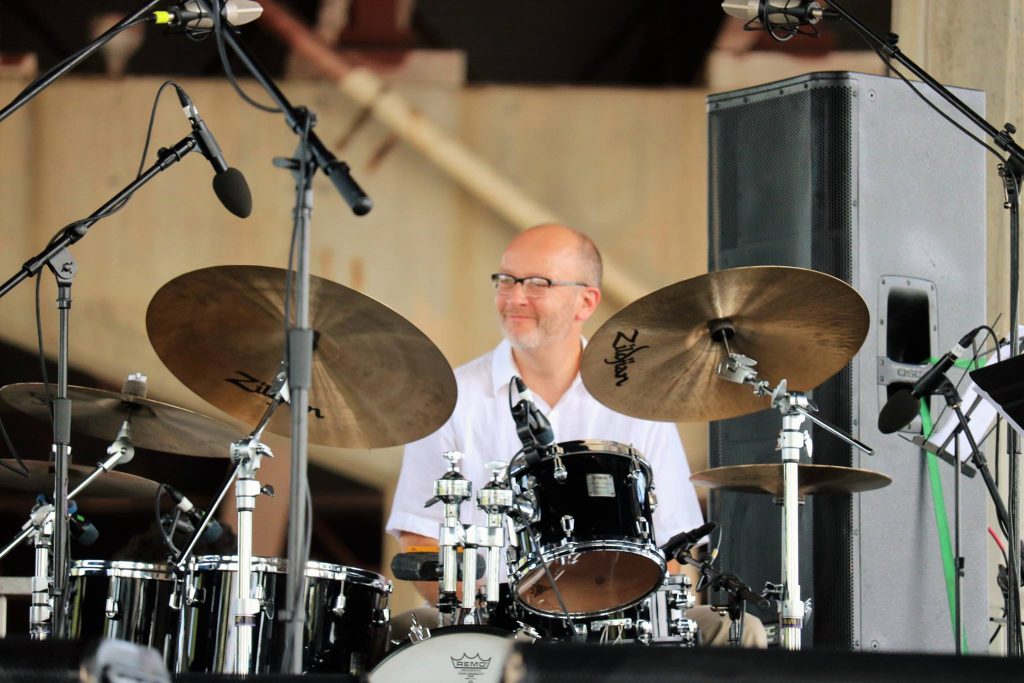 James Ketterer is a drummer and percussionist with decades of experience in multiple genres. He currently is the drummer for the Arch Stanton Quartet, an ensemble he founded out of a desire to bring together world-class musicians to make music that defies categorization and is appealing to a broad swath of audiences. Ketterer also performed on a regular basis with Jazz Caravan, Triple Play, the Walter Donnaruma Group and Giant Steps. With Robert Conant (harpsichord) and Brian Cassier (bass), he was a member of the experimental ensemble Nova/Antiqua, which gave a world premiere performance in Manhattan of a work by Victoria Bond. Ketterer’s percussion performances include the Berkshire Symphony and percussion ensembles at RPI and the University at Albany, as well as a wide variety of musical theater in pit orchestras in many venues. Over the past several years he played in Americana groups including Tern Rounders and a recent recording by Jillian Matundan. 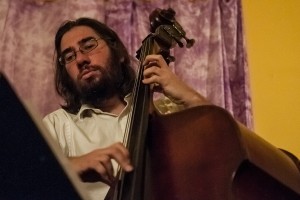 Upright and electric bassist Chris Macchia is one of the most in-demand musicians in the Hudson Valley. Experienced in many styles of music including jazz, rock, funk, progressive, and various groove/dance genres, he studied jazz performance at SUNY New Paltz. Chris has performed at such prestigious venues as Carnegie Hall, the Cairo International Jazz Festival, and the Greater Ozarks Blues Festival, and has performed with Grammy Award winner Joe Louis Walker, toured the Caribbean, and toured opening for Melvin Seals. His group the Arch Stanton Quartet won the Metroland Readers Poll for best jazz group. He can be heard on many albums including “Along For The Ride” and “Blues For Soli” by the Arch Stanton Quartet, “Brooklafornia” by CFR, “Take It With You” by EllisonStarr, and “Rise” by Aliza Hava.